The agent of Lautaro Martinez has acknowledged that Barcelona have made an enquiry regarding the Argentina international. The 21-year-old experienced his first taste of European football with Inter Milan last season where he contributed a decent tally of nine goals from 35 appearances across all competitions. 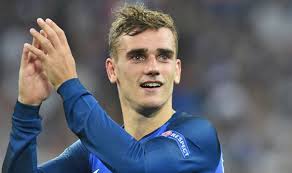 Speaking to Tuttosport, agent Beto Yaquesaid that the Blaugrana have not made contact with him regarding the player’s status but he is aware of an approach to Inter Milan for the forward, he told: “The rumours are true. Well, nobody has called us directly but we know Barcelona made an enquiry about Lautaro. He’s happy about that.”

Meanwhile, he added that the attacker has a good relationship with compatriot Mauro Icardi at San Siro despite the fact that one of them had to be benched under the formation set by former boss Luciano Spalletti last term, he continued: “Mauro has always been very helpful with Lautaro. He always calls him and he’s left his door open for him. He’s a good lad but it was obvious they would be fighting for one place in the team last year, because Luciano Spalletti only played with one striker.”

At present, the Nerazzurri have inserted a €110m release clause on the contract of Martinez and the Blaugrana seem unlikely to make a move, considering their attempts to land both Antoine Griezmann and Neymar. Nonetheless, there remains the scope for a future move to the Camp Nou, considering Luis Suarez could head through the exit door during the forthcoming years.

Elsewhere, Martinez could find himself competing with a new striker next season, given new boss Antonio Conte has decided to sanction the sale of Icardi. Manchester United’s Romelu Lukaku has been earmarked as the prime target, but so far, the Nerazzurri have not found the breakthrough over the transfer price for the Belgium international.