Belgium international Thomas Vermaelen admits regrets over staying at Barcelona last summer. Numerous sides were interested in his signature including Everton and Crystal Palace. The Premier League sides wanted him for his experience playing at the top level at Arsenal and in Europe. 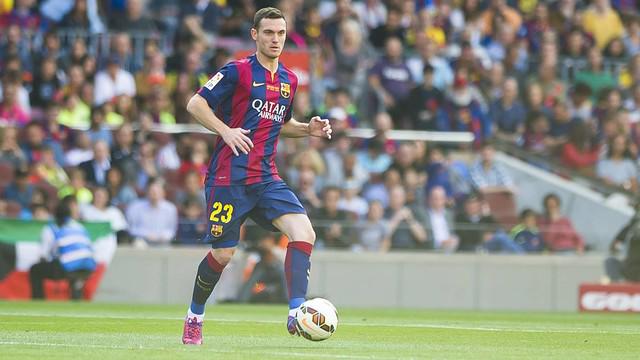 Ernesto Valverde, who was just taking over the reins, convinced him to remain at the club. The coach asked that Vermaelen fight for a spot in the team despite the mountain against him. The defender agreed to remain despite the frustrating experience he has had since moving to the Nou Camp.

Vermaelen made matchday squads when he was fit but he has only played once and it was against Murcia – a team that features in the Segunda division – in the Copa de Rey. You don’t really need any William hill codes to get big odds on him making the first team for El Clasico.

A frustrated Vermaelen was glad that he received game time last week despite his poor club run. He played against Mexico and it should do him some good. He admitted that he was excited at the chance to play, considering that he almost never plays for Barcelona.

With the World Cup forthcoming, the player is keen on getting more game time so he would be eligible for selection. Anderlecht are rumoured to be interested in the player so a possible move in the winter window could happen. The player refused to mention his next move to avoid being quoted out of context again.

He did say: “In the summer, I thought it would be positive to stay at Barcelona. But after seeing how my situation is here, I’ve seen that’s not the case.”

The centre half, who can also play as a full back, has had a terrible career run since exiting Arsenal in 2014. From injury to poor form to neglect, his career seems to have deteriorated. While he might favour a move to Anderlecht, the club would prefer a loan deal before permanent purchase – and this depends on Barcelona.