Borussia Dortmund winger Jadon Sancho is getting back to his best according to the club’s chief executive Hans-Joachim Watzke. The Borussia Dortmund supremo talked about the Manchester United target shortly after he scored his first goal of the season in the German Bundesliga at the weekend. 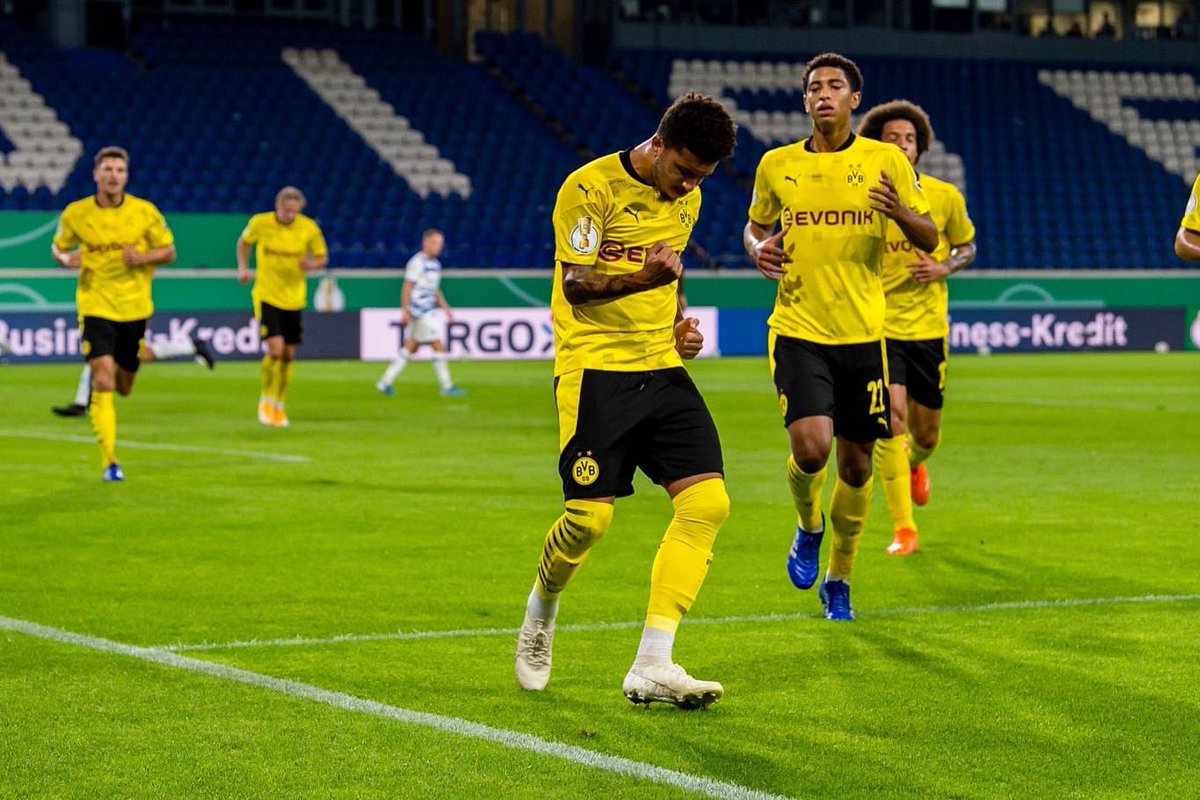 The Manchester United target was amongst the goals again in league football after he found the back of the net to help his team on the way to a 2-0 win over VFL Wolfsburg on Sunday.

Hans-Joachim Watzke talked about Jadon Sancho in an interview with German magazine Kicker as he revealed that the England international player is slowly getting back to his best after he was affected by the speculation involving him and a potential move to Premier League giants Manchester United. According to the Borussia Dortmund executive, Jadon Sancho thought about the Manchester United transfer links so much that he lost his fluency.

Jadon Sancho struggled for form in the opening weeks of the season but he showed his quality at the weekend during the win over VFL Wolfsburg at home on Sunday evening. He got his first league goal of the season on what was appearance number 12. This is in stark contrast to his form last season when the young England winger scored 17 goals in the German Bundesliga. His form even inspired an online game, which can be played here, which wouldn’t have happened on current form.

Manchester United target Jadon Sancho was able to help Borussia Dortmund to move up one place to fourth spot in the league table with the win over VFL Wolfsburg. Swiss international Manuel Akanji gave the hosts the lead midway through the second half before Jadon Sancho added a second goal in added time. Manchester United have been on the trail of Jadon Sancho for the better part of the last two years and they are expected to be linked with the player again this summer.