Barcelona have delivered a significant blow to El Clasico rivals Real Madrid ahead of the new season after they claimed victory in a pre-season friendly duel played in the United States of America this weekend. The two El Clasico teams met in Wisconsin and it was Barcelona who took the spoils at the end of the game via a 1-0 win. 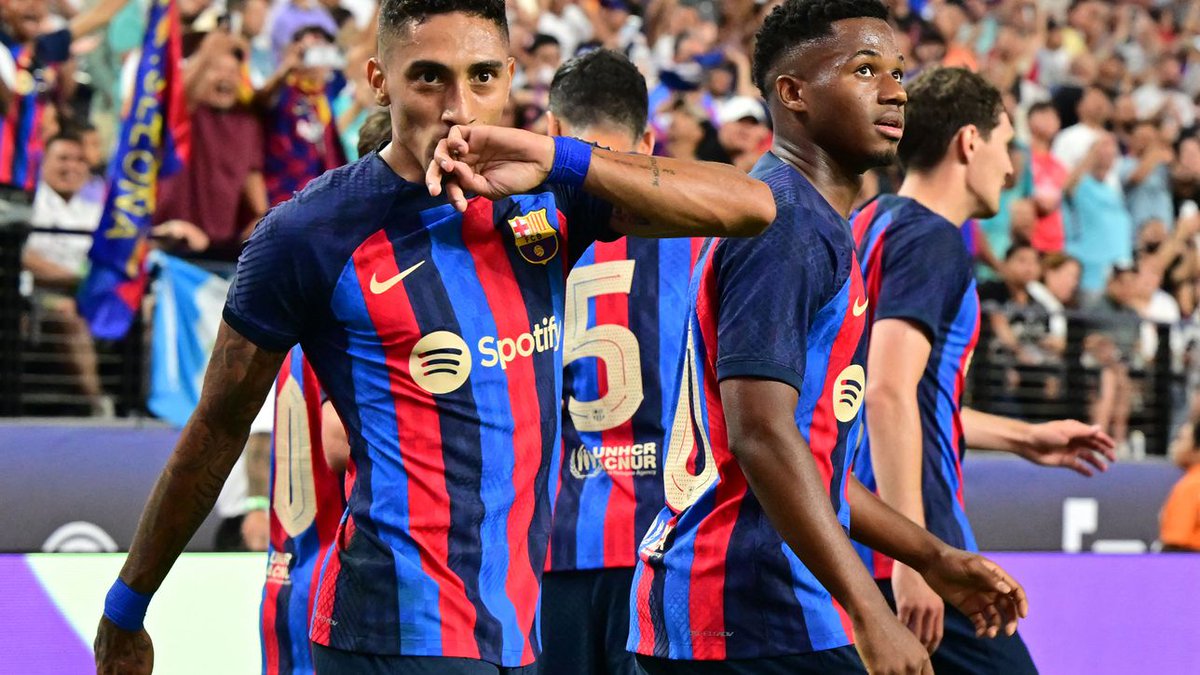 Barcelona have been the talk of the transfer market this summer after they sign some quality attacking players despite their well documented financial struggles. The Catalan giants have signed quality players such as Raphinha and Robert Lewandowski this summer.

Raphinha made his Barcelona debut during the 6-0 away win overMajor League Soccer (MLS) outfit Inter Miami. The Brazilian was the recipient of the second Barcelona goal. The Spanish La Liga giants signed him fromLeeds United in the Premier League this summer. Apart from Raphinha, other attacking talents such as Pierre-Emerick Aubameyang, Ansu Fati, Ousmane Dembele, Gavi and Memphis Depay also scored for Barcelona.

In the El Clasico clash played this weekend, Raphinha was the matchwinner as he took his tally to two goals in two games. He produced a stunning strike for the game’s only goal on 26 minutes after pouncing on a loose ball from compatriot Eder Militao in the Real Madrid defence. The Catalans were able to receive a big psychological boost ahead of the new season thanks to the stunner from Raphinha. Barcelona are bidding to return to the top of Spanish and European football in the new season after they watched arch rivals Real Madrid win the La Liga and Champions League titles.

Real Madrid were comfortable winners of the La Liga title last season while Barcelona were second. They won the Champions League by beating Liverpool 1-0 in the final courtesy a Vinicius Junior strike.