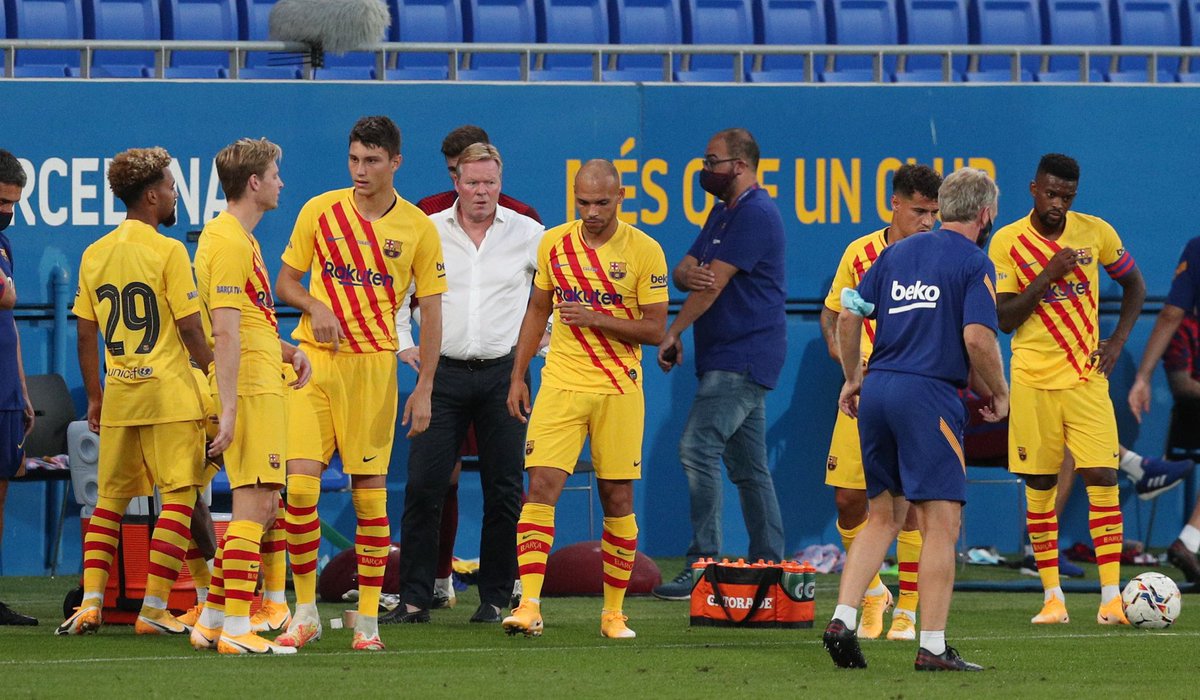 Ronald Koeman has named the trio of Marc Andre TerStegen, Neto and Inaki Pena as his goalkeepers. The Dutch tactician has revealed six defenders as part of his squad for the trip to face Granada. The defenders are Jordi Alba, Junior Firpo, Ronald Araujo, SerginoDest, Samuel Umtiti and Oscar Mingueza.

The midfielders in the squad are seven and they are Miralem Pjanic, Pedri, Sergio Busquets,MatheusFernandes, RiquiPuiq, Frenkie De Jong and IllaixMoribawho has been called up to the first team squad from the Barcelona B team after the departure of Carles Alena. The six forwards in the squad for the Granada clash are club skipper Lionel Messi, French World Cup winner Antoine Griezmann, another French World Cup winner in OusmaneDembele, Konrad De La Fuente, Martin Braithwaite and Francisco Trincao.

Ronald Koeman and Barcelona would be without long-term injury absentees like Philippe Coutinho, AnsuFati, Gerard Pique and Sergi Roberto for the game. Barcelona would be hoping to build on the impressive 3-2 away win over Athletic Bilbao in midweek. Pedri and Lionel Messi were the stars of that game as Barcelona and in particular Messi looked to be back to his best with a brace during the game.